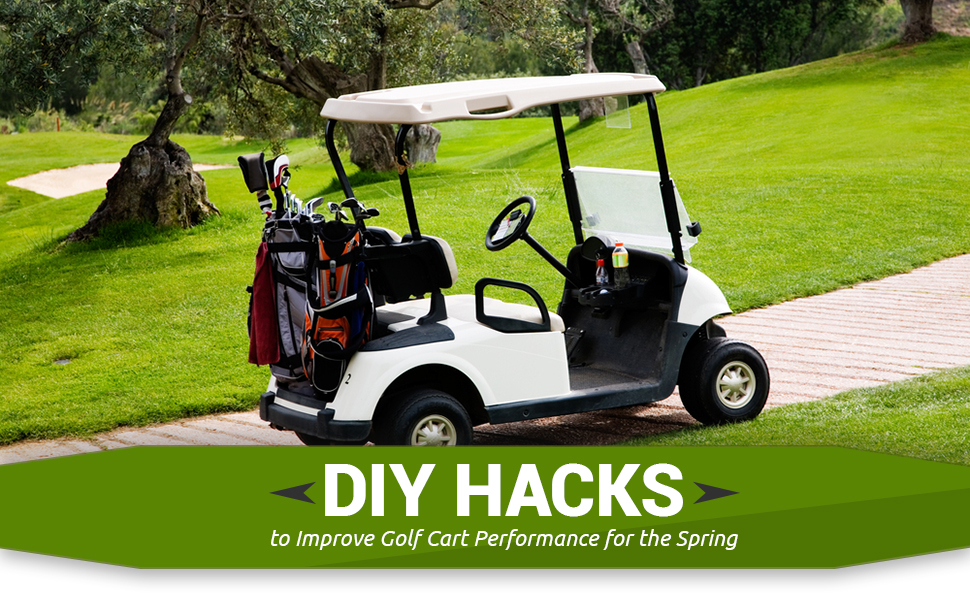 Spring is just around the corner, so it is time to pull out the golf cart and think about making some improvements that will give you more speed, add power or allow you to haul bigger loads.

Designed initially more than 60 years ago to speed up the pace of play and provide golfers a more relaxing way to get around the course, golf carts are now multi-purpose utilitarian vehicles. Today, more golf carts are used for non-golf related activities than transporting golfers from the tee box to the green. The uses are endless, including farming, hunting, camping and much more.

The growth of golf cart communities where driving on the street is legal requires vehicles that can travel longer distances on a single charge and get there faster. For carts that haul heavy loads, speed may be less vital, but the power to transport cargo is essential.

To determine the optimal amount of speed and torque for your golf cart consider how the cart will be used:

Once you determine these factors, you can consider your options for making a golf cart faster. 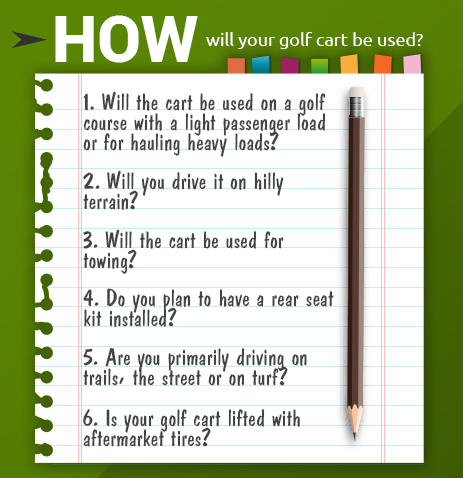 Electric golf carts use two primary systems to generate speed: a Shunt system and a Series system. The two systems are not interchangeable and use different methods for increasing speed. The Series system is only as strong as its weakest link. If there is a fault anywhere in the system, the cart will fail. When upgrading a Series golf cart for speed or torque, the following components should be upgraded: motor, controller, cables, forward and reverse switch and solenoid.

Completely different from a Series system, a Shunt motor system separates the motor and the field circuit, so they function independently. It is not always necessary to upgrade the components with a Shunt system because the speed parameters along with other control features are programmable.

It is essential to understand precisely which system is used in your golf cart to upgrade to a compatible system.

Increasing the speed requires different modifications to gas-powered and electric-powered golf carts. For a gas-powered cart, a minor speed adjustment may be made with a simple modification of the speed governor. If more speed enhancement is needed, a more powerful engine can be installed. A speed upgrade to an electric cart involves completing several modifications, including the electrical components. 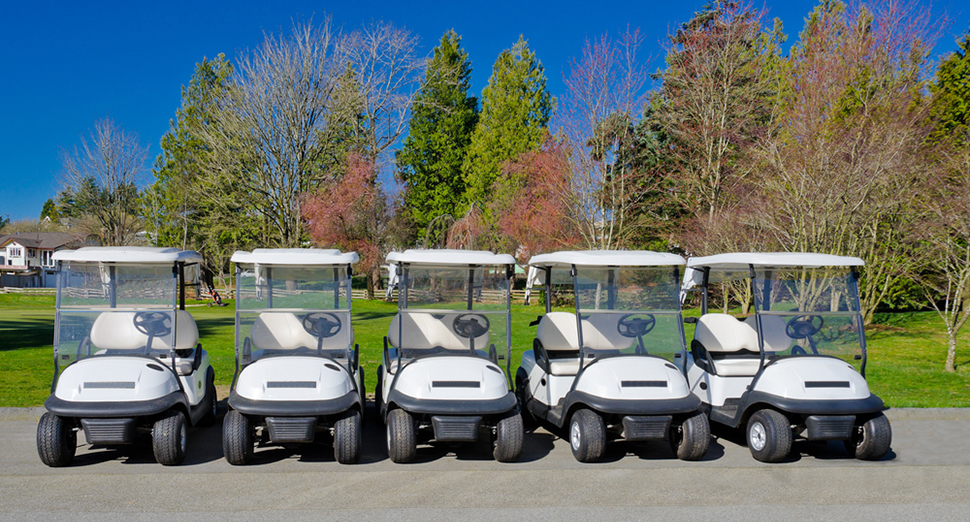 Adjust the Governor on a Gas Golf Cart

Most golf carts that are designed for use on the golf course have an average top speed of 14-15 MPH. This relatively slow speed is sufficient to maintain a good pace of play while ensuring golfer’s safety. For those who own gas golf carts, the limited speed can be increased by a simple adjustment to the cart’s mechanical ground speed governor. Some golf cart manufacturers install a secondary electronic governor to prevent excessive rpm levels that may cause damage.

An externally controlled governor uses a small metal rod located near the golf cart’s clutch to adjust the connected cable. The overall speed can be increased by turning the nut counterclockwise, making the cable longer and efficiently adjusting the cart’s governance.

If the cart does not have an external adjustment cable, the governor must be accessed internally. Open the golf cart’s engine access panel, which may require unscrewing the panel first.

The governor can be found by tracing the thickest cable that runs from the gas pedal; it will be located on the cable before it reaches the carburetor. Adjust the governor for faster speeds by loosening the tension on the governor’s springs with either a screwdriver or a wrench.

Much like a governor on gas carts, some electric cart manufacturers, such as the E-Z-GO, offer a method of increasing the speed by changing a chip that regulates the speed of the cart.

Most golf carts come from the manufacturer with a gear ratio of roughly 12.5 to 1 in the differential. For every 12.5 input shaft revolutions, the wheels turn one revolution. 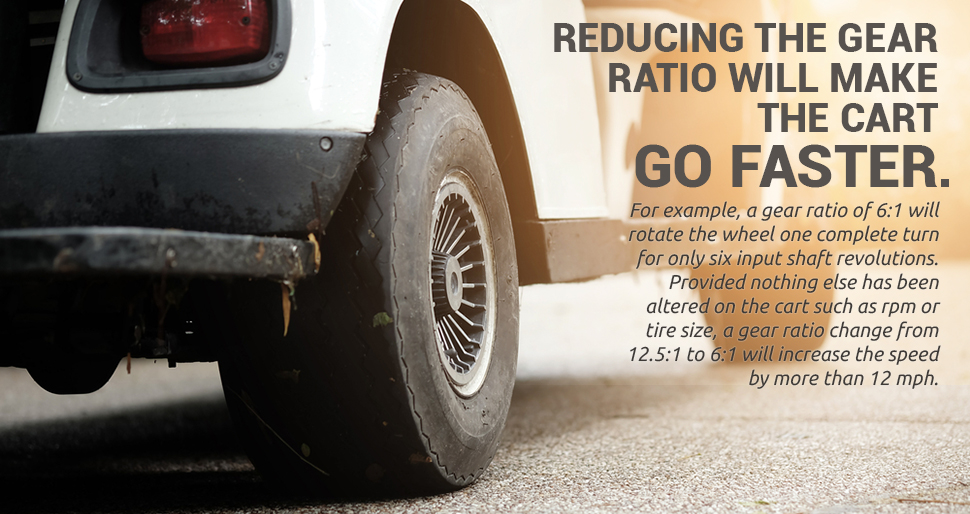 Reducing the gear ratio will make the cart go faster. For example, a gear ratio of 6:1 will rotate the wheel one complete turn for only six input shaft revolutions. Provided nothing else has been altered on the cart such as rpm or tire size, a gear ratio change from 12.5:1 to 6:1 will increase the speed by more than 12 mph.

However, an upgrade in speed using a change in gear ratios will sacrifice torque. The golf cart transmission does not allow gears to be shifted as in an automobile’s manual transmission. The cart is permanently in high gear. It is like a car in fourth gear that allows high speeds but lacks low-end torque. If you try to move your auto from a standing start in fourth gear, it goes very slowly and is unresponsive but improves as the car goes faster.

The same performance may result in a golf cart with a lower gear ratio. On flat terrain, the lack of torque may not be noticeable. However, in a bumpy area, with heavy loads or on a lifted cart with bigger tires, the impact on performance may be significant. Careful consideration should be paid to the effects of changing gear ratios to ensure that the modified cart functions correctly. 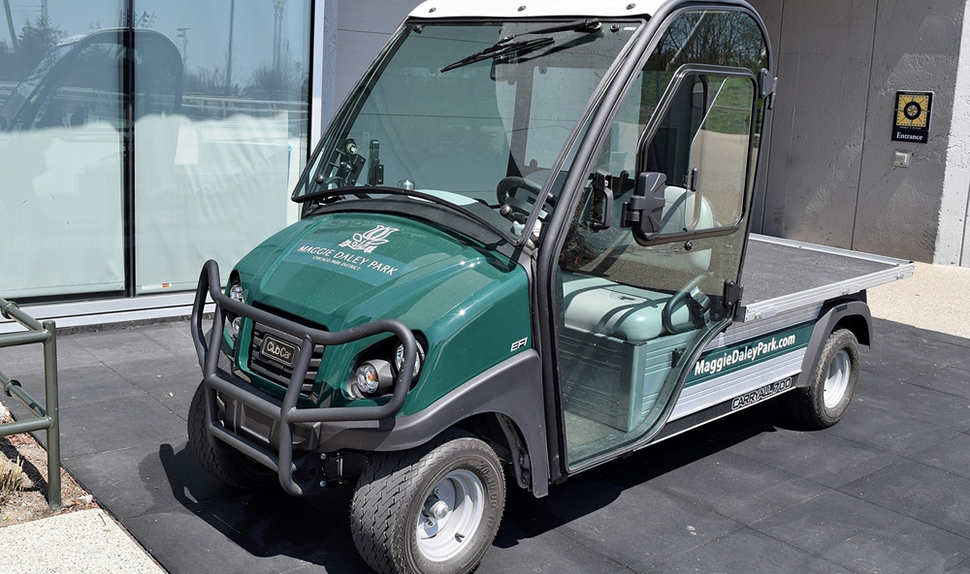 Changing the golf cart power plant rpm is another option for increasing the vehicle’s top-end speed. Although the methods differ on electric and gas cars, the effect is the same. An increase in the input shaft rpm for all differential ratios will produce a higher speed.

For a gas golf cart, other than adjusting the governor, the speed may be enhanced by replacing the engine with a higher rpm output model.

For an electric golf cart, several options are available to reach a higher rpm.

Electric motors designed for torque contain a large field coil that produces a strong magnetic field, resulting in a greater force applied to the armature for torque. While these motors produce plenty of torque, they generate slower speeds.

Speed motors are built differently with a smaller field coil, which results in a weaker magnetic field allowing a faster armature spin.

An upgrade to a higher rpm rated motor will improve the golf cart speed, but with a decrease in torque.

Importance of a Speed Controller

The most important function of a speed controller is that it allows the operator to manage the vehicle’s speed.

If a DC motor is operated without a speed controller, only full battery voltage and current can be applied. In a golf cart with no controller, the full acceleration would place excessive stress on the mechanical drive components, not to mention an uncomfortable whiplash start for the driver and passengers. The vehicle would accelerate to top speed.

Newer AC or Brushless DC motors will not function at all without a speed controller. These motors require multiple electrical signals that reverse in direction periodically in a manner that is precisely timed with the motor rotation.

A speed controller delivers the battery voltage and current to the motor according to an operator input device, such as a throttle. It permits the operator to control the rate of acceleration and deceleration as well as the continuous rate of vehicle speed.

In simple terms, voltage translates to speed and current (amperage) equals torque. Increase the voltage to the motor, and it will generate a higher rpm. Motors are typically rated for voltages in the ranges 24-36 VDC or 36-48 VDC. For a 36-48 VDC rated motor currently running at 36 VDC, an increase to 48 VDC will result in a higher rpm output and therefore increase speed.

Most modern controllers can be programmed by either a handheld programming pendant or via connection to a computer. The operation of the controller can be fine-tuned to match the motor being used.

When changing to a high-performance controller for increased speed in a golf cart, consideration must be made for the additional acceleration. While acceleration is exhilarating, it can be excessive for a vehicle that was designed and manufactured for a leisurely cruise down a golf course fairway.

Most golf carts typically use a 300 Amp controller, while a performance controller can be as high as 650 amps. The boost in performance and acceleration is like changing out a 4-cylinder engine to a V8 in an automobile. It may feel like you are ready for the drag strip.

Match the Controller and Motor 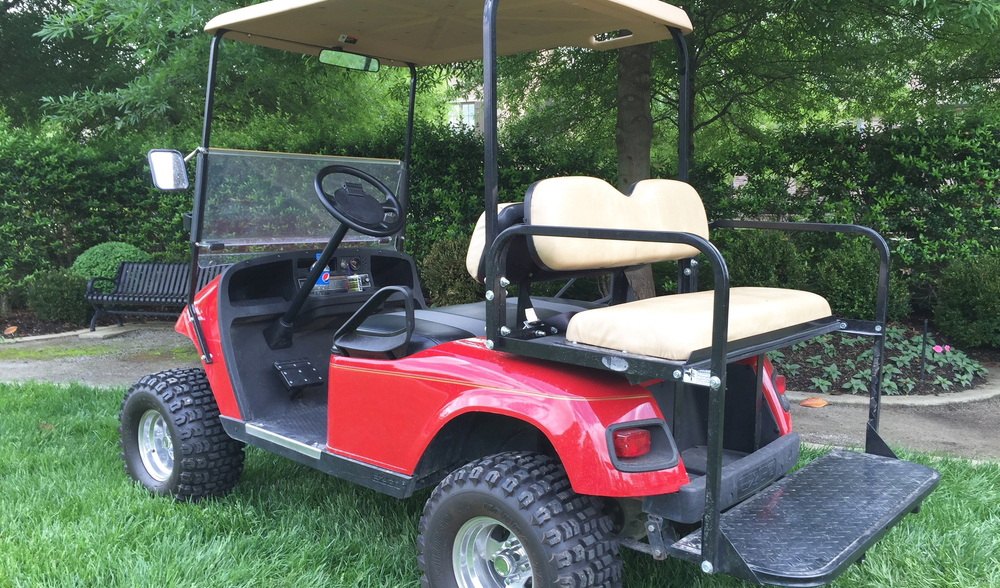 Any upgrade to a golf cart’s motor should be accompanied by a change in the controller to achieve the desired performance characteristics. As an example, on a very hilly golf course requiring acceleration and traction, a motor upgrade from the standard 3-1/2 to 5 horsepower and controller change to 500 amps is recommended. The same configuration will work well for street driving in a golf community. If the golf cart is used primarily for street or path driving, the standard 3-1/2 horsepower motor can be used with an upgraded 400A controller.

Upgrades to the controller can increase torque without having much effect on the top-end speed. Since the torque is a function of current, a higher current generates more torque and therefore more pulling power. For example, an upgrade from a stock 275A controller to a 400A controller will nearly double the stall torque.

The simplest method to get just a bit more speed from the golf cart is by inflating the tires. The expanded tires will have a slightly larger diameter, providing a minor increase in speed. For safety purposes, the increase in pressure should not produce an uncomfortable ride, adversely affect steering, and never exceed the manufacturer’s recommendations. 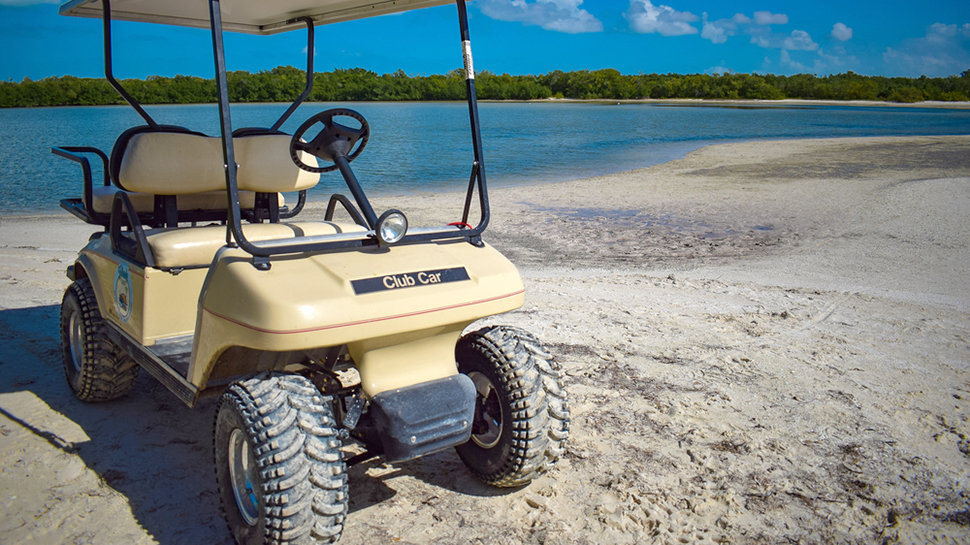 A more significant impact on speed can be made by installing larger diameter tires on the golf cart. The upgrade, like the other options, has its trade-offs. While bigger tires result in increased speed, they reduce the effective low-end torque since it requires more power to turn larger diameter tires than smaller ones.

On the electric golf car, an upgraded speed controller along with other enhanced components may help to recuperate some of the lost torque. The performance change will depend on the cart’s usage and terrain. On a golf car with a gas engine, a clutch upgrade may be required to compensate for reduced torque.

Determine the Top Speed of Your Electric Golf Cart

Before making modifications to an electric golf cart, use the following formula to estimate the top-end speed after the changes.

For safety reasons, golf cart manufacturers recommend a speed that never exceeds 25 miles per hour. The high center of gravity plus the weight of passengers, golf bags and other cargo can cause a cart to tip over at high acceleration.

Careful consideration should be made before making any golf cart upgrades. Determine the operating conditions and then choose the enhancements that will give the cart the best performance characteristics. Low-end torque may be more useful for your application than speeding down the street in an upgraded cart.